Creative capabilities of Xaar 2001+ on show at Tecnargilla 2018

Ceramic tile manufacturers are seeing how the Xaar 2001+ printhead is revolutionising tile decoration this week at Tecnargilla 2018, where Xaar is exhibiting the printhead on its stand (#194 in Kromatech Hall C1).

The Xaar 2001 is proving to be a hit in Asia, where it has been enabling tile manufacturers to get ahead and provide a real point of differentiation. For example, customers of OEM Foshan New King Time (#175 in Hall C3), which uses the Xaar 2001+ for its King Jet printer, are benefitting hugely from the fine details and strong colours it produces. One of these, Inol Group, recently upgraded ten of its printers to the Xaar 2001+.

Inol Group previously struggled to differentiate its tiles from those of other manufacturers – but with the Xaar 2001+, this is no longer the case. Thanks to the printhead’s 720 dpi resolution, capable of replicating the smallest features and subtlest of gradients, even Inol’s lighter coloured tiles such as jade designs now truly stand out, while the increase in print quality has enabled the company to make more complex designs.

“The upgrade went very smoothly and the Xaar 2001+ has helped us solve many problems,” comments Wo Wai Ho at Inol Group. “Our customers say that the tiles have a clearer colour and richer layering, and that the designs have improved considerably. Our production costs have also decreased due to less downtime for maintenance than with other printheads. We are very pleased to recommend the Xaar 2001+ to other tile manufacturers.”

The print quality produced by the Xaar 2001+ can also be seen in the range of tiles, provided by Scientifica Tiles LLP, on display at the Xaar stand. Scientifica Tiles is among the growing number of tile manufacturers in Asia to have adopted the Xaar 2001 printhead as well as High Laydown Technology. Combined, these produce vibrant designs as well as high-impact effects such as gloss, adhesive, lustre and metallic.

“The print quality we are getting is extremely high, and we have been very impressed,” comments Hiren Vadaviya, Director at Scientifica Tiles. “A vast difference can be seen between the colour gradation of the marble and granite tiles we have produced with the Xaar 2001+ and that of tiles we have seen elsewhere.”

Gerard Winn, Senior Product Manager at Xaar, is on the Xaar stand throughout the show: “As the most versatile printhead for ceramic tile decoration today, the Xaar 2001+ is the only solution that can meet all creative requirements and ensure tile manufacturers get ahead of the competition,” he says. “This is the reason for the growing uptake of this printhead across Asia.

“If you’re at Tecnargilla this week, why not drop by the Xaar stand to see and hear for yourself about the unprecedented quality of the Xaar 2001+ printhead. We look forward to welcoming you.” 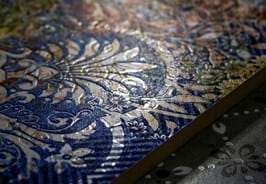 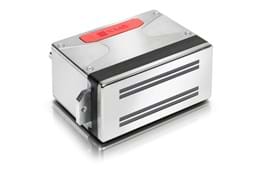